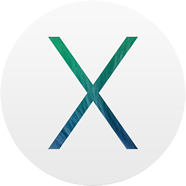 I've just done the upgrade to Mavericks on my work machine. All went pretty well but there were a couple of hitches. Both Python and Virtualbox had some issues.

Fortunately my dev env are all safely tucked away inside an Ubuntu VM however the Python on OSX got a bit messed up with the upgrade. Pip, virtualenv and virtualenvwrapper all seemed to be borked and easy_install was broken too.

How to fix easy_install?

And after quickly re-installing pip I was then able to reinstall (via pip) virtualenv and virtualenvwrapper.

As pointed out here VirtualBox 4.30 on OS X 10.9 Mavericks the problem is caused by kexts (Kernel Extensions) being loaded that are from an old version of VirtualBox.

To fix this I just backed-up the VBox*.kext files in /Library/Extensions and then removed them. I then re-installed VirtualBox. On the next restart the VMs were starting up fine.

I'd seen another post suggesting running VMs as headless so the vms shutdown properly. However with the old kexts removed everything seems to shutdown fine.