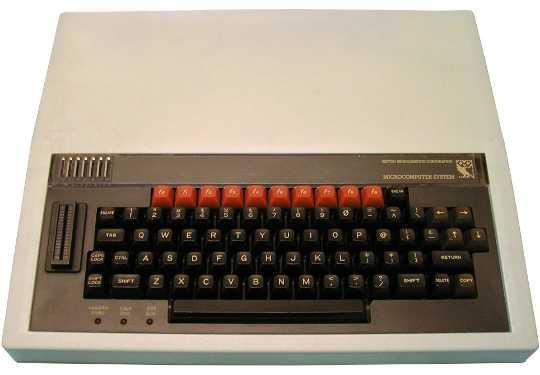 Ah the BBC Micro. I have very fond memories of our first computer, idling away countless hours attempting to load games from tape for them only to crash shortly after you started playing them. I also remember one hot summer spending epic amounts of time playing Elite after I'd stumbled into a bug with the pulse lasers where you could get a rebate for them under some bizarre criteria when trading in the space station. It meant if you sat there for hours pressing a specific key combo you could slowly build up a huge amount of credits in order to buy the finest military lasers, escape pods and hyperspace jumps so you could dish out some pain to the Thargoids.

In order to take a trip down memory lane I'd stumbled across a great site with downloads of a lot of the original games for the BBC Micro at http://www.bbcmicrogames.com/. However to be able to play them I needed an emulator.

Enter the BeebEm for unix, an emulator which was originally developed for Unix by David Gilbert in 1994 and has since been ported to Windows and OSX. Dave Eggleston now maintains the sourcecode at http://beebem-unix.bbcmicro.com/.

Compiling and installing the emulator

Note: I've listed the deps I needed to install but YMMV. If you find the ./configure line bails with a missing dependency please let me know in the comments, so I can update this post.

Next assuming that was successful, for a real blast from the past you can start up the welcome disk with:

Or alternatively grab an awesome game and give it a spin. I chose the insanely difficult "Amcom Fortress" which can be downloaded from this page: http://www.bbcmicrogames.com/bestrest.html (Note all games are still copyright their respective owners)

All you have to do to run it is unzip it and then run it with: 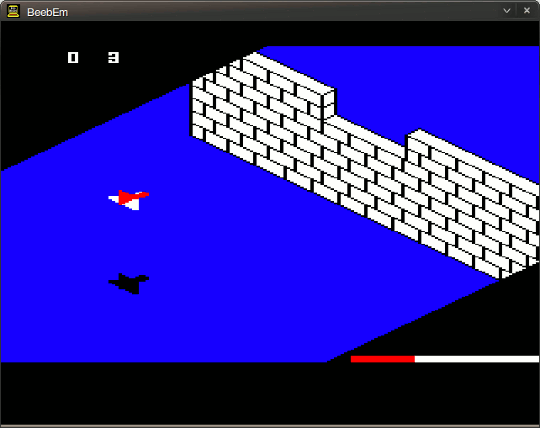 Then kick back and enjoy some retro gaming action.

Some games don't autoload. Fortress happens to work in that way. If that the case for the game you are loading check out http://www.bbcmicrogames.com/ as there may be additional instructions. A lot of the games need to be run with CHAIN e.g. CHAIN"ELITE".